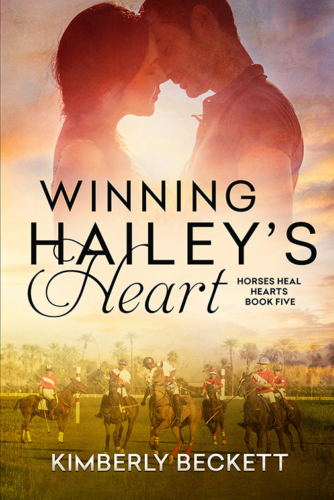 After losing both legs below the knee in a drunk driving accident, Hailey Warren dreamed of helping others similarly disabled by becoming a physical therapist. When the university she decided to attend denies her that opportunity based solely on her disability, she is left devastated and rudderless.

Now, the handsome and irresistible Marcus Harrington, Eighth Earl of Storrington, has offered to use his education, connections, and position to help her fight for her dream, but will her love for him survive after she discovers his devastating secret? 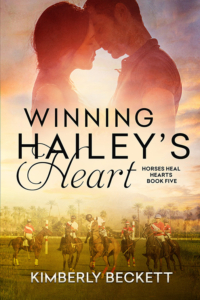 “Help her, Doc! Hurry!” Hailey Warren fought to escape the darkness holding her captive and struggled to identify the woman’s voice panting with exertion at her side. She tried in vain to force her eyes open. Where am I? What am I doing here? Mom! Dad! Where are you? I’m scared!

She was lying down, but whatever she was laying on was moving at breakneck speed. She could feel the firm touch of hands on her body from all sides and the rapid thudding of several feet surrounding her as they hurtled to their ultimate destination. The woman’s voice had come from near her feet.

“How long was she unconscious?” a male voice coming from her right demanded.

“I don’t know,” the unknown woman replied. “Whoever called 9-1-1 was driving by and saw the wreckage. When we got the call, all we knew was the car had overturned, and this girl’s legs were pinned underneath it. I have no idea how long they’d been there. Her parents were still in the car. After we arrived, the firefighters helped us move the car, then we stabilized her until we could airlift her here.”

Hailey wracked her pain-fogged brain trying to remember—to confirm for herself what the woman was saying. What had happened and why she was here now?

Why did her entire body hurt as she had never in her twelve years of existence felt before? She vaguely remembered being in the back seat of the car, and Mom and Dad had been arguing about his drinking, but that wasn’t unusual—at least not lately. She remembered being afraid, then angry that her father had insisted on driving the car even though he had been drinking beer all afternoon.

Suddenly, the car had swerved violently, and her mother reached for the wheel. The car lurched again, her mother screamed, then everything went black. The effort to remember anything else made her head ache and she knew it would be futile to try to attempt to recall any more at this point.

Through her eyelids she could see light, which told her she would be blinded by brightness if she dared to open them. She kept them closed. A searing, indescribable pain forced itself into her awareness. It emanated from her legs, and before she could even think of stifling it, she screamed as waves of excruciating agony threatened to overcome her and send her back into the black unconsciousness which had been protecting her until now.

“More morphine! Now!” A female voice barked the order from a place near her head. Another, this time male, voice responding, “Morphine drip increased, Doctor.”

“Good,” the female voice replied. Hailey felt her body turn suddenly then abruptly stop. She was lifted onto a more stable bed, then she heard the beeping of a multitude of electronic machines and felt hands on several parts of her body applying sticky tabs to her skin.

She felt herself drifting away from her body, and the pain she had been feeling gradually faded into the background.

She struggled against the fog clouding her awareness to understand what was happening around her.

“Type and cross her for blood transfusions. She’ll need at least four units. She’s already lost a lot of blood, and I don’t want to do surgery until she’s stabilized sufficiently to have the best chance of survival.”

Then the voice added in a much calmer tone, “The parents?” There was a heavy silence, then the voice went on.

“Have you been able to locate any other next of kin?”

“We found the patient’s sister, Jessica Warren, from her cell phone. We’ve placed a call, and she will be here as soon as she can. She’d been traveling out of state and was on her way back when I reached her.”

Jess! Thank God you’re coming. I have no idea if Mom and Dad are all right, and I need you.  Her heartbeat slowed, the tension in her chest and shoulders slowly melted away, and she took a deep breath for the first time since regaining consciousness. She finally felt safe enough to open her eyes.

The room she had been taken to was brightly lit, but the lights were aimed toward her lower body, not glaring in her eyes. She looked around the room to try to get her bearings.

A man she guessed was a nurse approached her right arm and inserted a needle into the crook of her elbow, then attached a bag of blood to the needle, beginning what Hailey knew to be a transfusion of new blood into her body. He hung an additional three bags to the tree which held the first bag, then looked at her face as if to reassure himself he hadn’t caused her any additional pain. Her gaze met his and she tried as best she could to smile at him to let him know she was grateful for his care.

“Doctor, I think she’s coming around,” he said.

Your identification says your name is Hailey Warren. Is that right?”

“Yes.” Her voice croaked, and she grimaced. Somehow her throat had become so dry she was having difficulty making even the slightest sound. She swallowed a couple of times to try to moisten her throat so she could be better understood.

“It’s all right, Hailey. I heard you just fine. If we weren’t going to be taking you into surgery in a few minutes, I’d let you have a big drink of water, but unfortunately, that’s not allowed right now. What I can do is let you suck on a few ice chips. Is that OK?”

Hailey nodded, then gratefully opened her mouth so one of the nurses could lay a few fragments of ice on her tongue.

The cold, moist relief was instantaneous.

The doctor looked at her team and the machines surrounding Hailey. “It looks like we’ve got you stabilized and have enough blood to get you into surgery.” She leaned over and lowered her mask just long enough for Hailey to see her smile. “We’ll get you taken care of in no time. By the time we’re done, your sister will be here, and everything will be fine.”

“OK,” Hailey responded, then closed her eyes as a plastic mask was placed over her face. The anesthesia soon took over, and she lost consciousness once again.

“Gripping and sweet....this book has it all. Simply a great romance that will give the reader a full story along with a warm heart.”