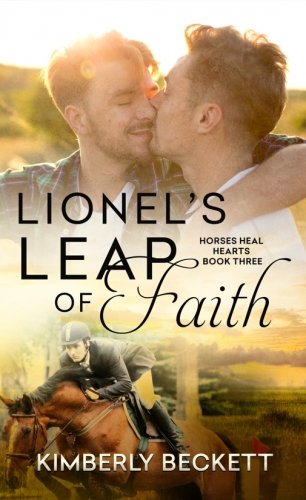 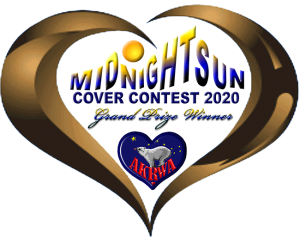 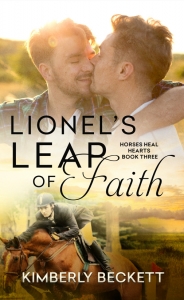 Lionel watched as a late-model black Range Rover traveled up the farm drive and stopped in the nearby parking area. As soon as the vehicle engine was shut off, two men exited the vehicle. He recognized the man exiting the driver’s side of the vehicle as Randall Bridges. Randall had always been a bit cagey when it came to admitting his age, but Lionel guessed that Randall was in his early sixties.

What Lionel knew for a certainty was that Randall always presented a distinguished appearance with his wavy salt and pepper hair perfectly styled. Today he was wearing a tweed jacket, crew neck sweater, and designer jeans with western boots, which was his usual uniform.

Lionel had a fondness for Randall because he was the first member of the British equestrian establishment that was willing to forgive Lionel’s transgression and give him another chance. For that, Lionel would always be in Randall’s debt.

The second man drew Lionel’s interest from the moment he exited the car. He was a couple of inches over six feet tall, with thick, wavy auburn hair that seemed to defy any attempts at taming. He was clearly young, which confirmed Rachel’s recollection that he was about twenty-five, and had an air of confidence bordering on arrogance Lionel rarely saw in someone that young. He was dressed more casually than Randall, wearing a polo shirt and breeches. Lionel noted with approval that he was already wearing his riding boots, meaning he was eager to climb aboard Beau and give him a try.

So, this is Monty Campbell. At that moment, Randall turned to Monty and said something that drew his attention. Lionel took advantage of the distraction Randall provided to look the young Scot over further. Lionel had to admit that he was incredibly handsome, tall, and fit, without being overly muscular. If only I were ten years younger. Lionel caught himself short. Where did that thought come from? Disconcerted by the direction of his wayward thoughts. Lionel mentally shook himself and fixed a smile on his face and stepped forward to greet the two men.

“Gentlemen,” he said as he shook hands with each of them in turn. “Welcome to Second Chance Farm.” He looked directly at Monty. “Mr. Campbell, I’m Lionel Hayes. It’s a pleasure to meet you. Randall has been singing your praises, and I must confess I’m looking forward to seeing what you can do with Gideon’s Rainbow.” Before the man could respond, Lionel turned and started to lead the two men to the barn. “My farm manager, Rachel, is in the barn tacking up Beau as we speak. He should be ready for you in a few minutes.”

“He is special,” Lionel assured him. “You won’t be disappointed.”

Monty took the opportunity to interject. “If you don’t mind, Lionel, I think I’ll withhold judgment until I have to chance to try him myself. It wouldn’t be the first time an owner has puffed up a horse’s abilities to make a sale.” He then turned to Randall and said in a low voice, although not low enough that Lionel wasn’t able to hear him, “I hope you aren’t wasting my time here, Randall. I don’t have much time to find a replacement for All In, and this farm doesn’t impress me as the kind of place that would produce a world class jumper.”

Lionel’s temper flared. It took everything he had not to give this young man the set down he deserved. It appeared Rachel was right. This man was too arrogant by half. Not someone he would ever consider a romantic partner. Now he was really looking forward to Beau’s reaction to the man. This could be very interesting. Pointedly ignoring Monty’s rude comment, he turned to an embarrassed Randall and asked after his family. 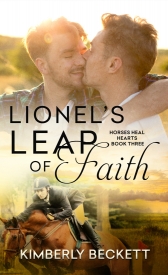